Shopping Cart
Your Cart is Empty
Quantity:
Subtotal
Taxes
Shipping
Total
There was an error with PayPalClick here to try again

Thank you for your business!You should be receiving an order confirmation from Paypal shortly.Exit Shopping Cart 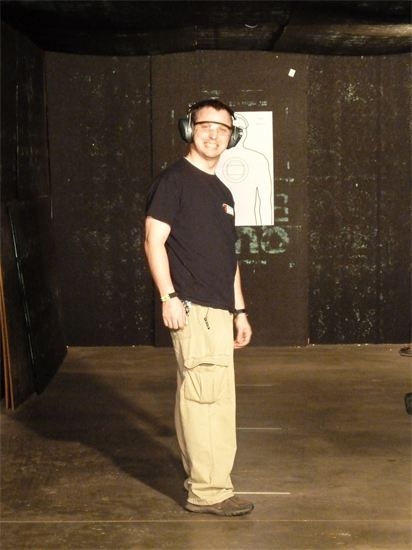 I obtained my SC CWP when I turned 21 in 1997 and have been an NRA certified instructor since 2007 and a SLED certified CWP instructor since 2008. I carried a concealed weapon for 11 years to get experience in the area before I decided to become an SC CWP instructor. I have been around firearms all my life and started actual firearm training and education at 14 years old and my Grandfather introduced me to firearms at around age 7. I have worked in the Loss Prevention field intermittently since 1993 and have studied various styles of Martial Arts for the past 30 years. Being around different types of criminals I know there is a need to protect and defend yourself and your loved ones. Being able to watch and study criminals there is no end to what they will do to accomplish their goal and no time they will not strike. My mission is to train and educate every student in hopes to help them to live a safe life. I saw the need for more instructors that teach non-combat everyday people friendly classes and to make the classes as student friendly as possible. We strive to make them as enjoyable, informative, laid back, and safe as we can while making sure we follow SLED's requirements of obtaining your CWP. We try to keep them as simple and in plain English as we can. We want you to leave our classes informed and educated to live a safe life carrying your concealed weapon. We strive to stay up to date on all training methods as well as new defensive ammo ballistics to keep our students informed.

I have been working with Spencer in the CWP classes since July 2012. I do not have a history with firearms. My past years have been spent in music, Interior Design and Historic Preservation. My immediate family never had anything to do with firearms so I had no interest. I wasn't scared of them, but I didn’t care for them either. The first time I ever shot a gun was only a few months before Spencer and I met. Because Spencer is such an enthusiast of everything related to firearms, I have had no choice but to be surrounded by it all. Today, I am much more comfortable with firearms. Learning about how they operate and how to safely handle them makes firearms a lot less intimidating. This isn't to say that none of them bother me or that I carry the biggest one out there. There are some that I have shot and don’t plan on shooting again because it was just too much and I did not like it. There are others that I can handle but they aren’t comfortable so I don’t work with them much. There are others, however, that I am very comfortable shooting and those are the ones that I use. 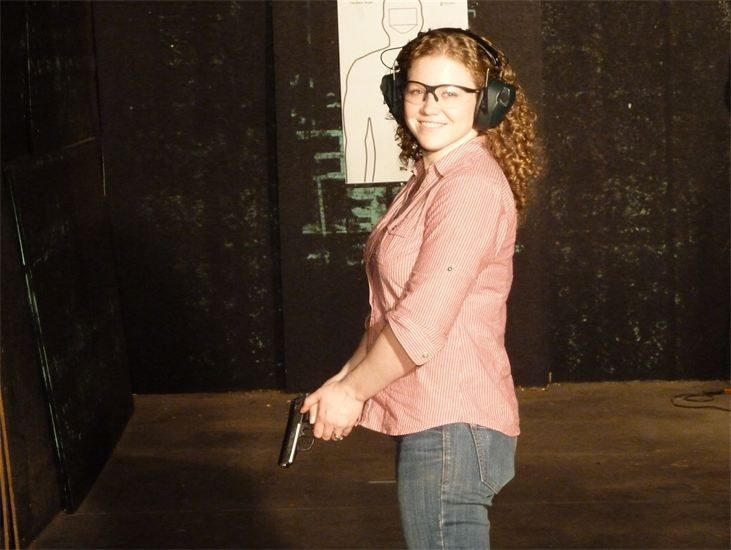 Just because you are one of those people who have never shot a gun or are scared of them, doesn't mean that you can’t learn not to be scared or that you won’t be any good. Through all the people who have come through our classes that had little to no experience with firearms, and we've had many, not one has left that wasn't able to shoot their target accurately enough to pass the test. For those who have come to class scared of guns, they leave more comfortable with them, many very comfortable with them. It can take a little time and practice sometimes, but it shouldn't keep you from trying!

We are family owned and operated and strive to keep each and every class as comfortable as possible by making the students feel at home. We have decided to team up to make the classes even more student friendly. It gives us both male and female points of view to help us better associate with all of our students. We look forward to each and every class whether it be a basic safety class, concealed weapons permit class, or an advanced concealed weapons class. We strive to make our classes comfortable, enjoyable, and educational on every level so that our students go home feeling they have learned something that will be helpful in their lives.

We teach our CWP and Defense 101 classes in hopes to educate our students to the point that in the event of an attack they will be able to defend themselves and their loved ones. I hope that no student ever has to use the knowledge that we give them but I also hope that if they do, they will be successful in defending themselves against any threat.

We know there is a lot of Biblical proof that protecting oneself and others ins't only a good thing but is expected from us. We have listed a few versus that lead to this and a link in the links page to read over a full over view of it. We must do everything to God's glory!

Blessed be the LORD my strength, which teacheth my hands to war, and my fingers to fight:

18 If possible, so far as it depends on you, live peaceably with all.

17Those who were rebuilding the wall and those who carried burdens took their load with one hand doing the work and the other holding a weapon. 18 As for the builders, each wore his sword girded at his side as he built, while the trumpeter stood near me. ... 21So we carried on the work with half of them holding spears from dawn until the stars appeared. ... 23So neither I, my brothers, my servants, nor the men of the guard who followed me, none of us removed our clothes, each took his weapon even to the water.